Full Name
Ken Frazier
Job Title
Chairman & CEO
Company
Merck & Co., Inc.
Brief Biography
Kenneth C. Frazier has served as the chairman of the board and chief executive officer of Merck since 2011. Under Ken’s leadership, Merck is delivering innovative lifesaving medicines and vaccines as well as long-term and sustainable value to its multiple stakeholders. Ken has substantially increased Merck’s investment in research, including early research, while refocusing the organization on the launch and growth of key products that provide benefit to society. He has also led the formation of philanthropic and other initiatives that build on Merck’s 125-year plus legacy.

Ken joined the company in 1992 and has held positions of increasing responsibility including General Counsel and President. Prior to joining Merck, Ken was a partner with the Philadelphia law firm of Drinker Biddle & Reath. He is cofounder and co-chair of OneTen, a coalition of leading organizations committed to upskilling, hiring, and promoting one million Black Americans into family-sustaining jobs. Ken’s contributions, especially in the legal, business, and humanitarian fields, have been widely recognized. He sits on the boards of PhRMA, Weill Cornell Medicine, Exxon Mobil Corporation, Catalyst, and Cornerstone Christian Academy in Philadelphia, PA. Ken also is a member of the American Academy of Arts and Sciences, the American Philosophical Society, The Business Council, the Council of the American Law Institute, and the American Bar Association. Additionally, Ken is co-chair of the Legal Services Corporation’s Leaders Council.

Ken received his bachelor’s degree from The Pennsylvania State University and holds a JD from Harvard Law School.
Speaking At
A Million Jobs: Closing the Opportunity Gap 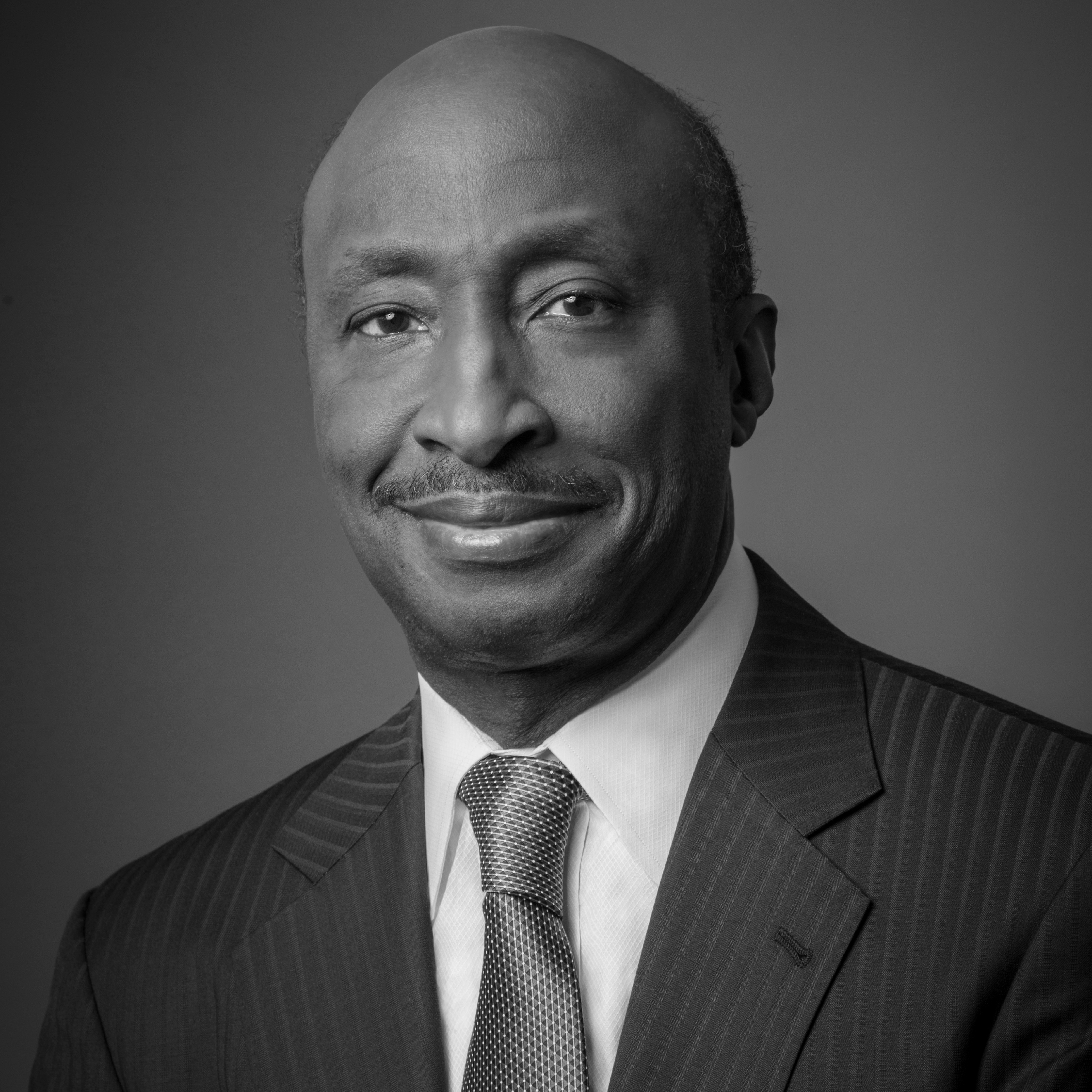