Full Name
Arvind Krishna
Job Title
Chairman and Chief Executive Officer
Company
IBM
Brief Biography
Arvind Krishna is the Chairman and Chief Executive Officer of IBM. As a business leader and technologist, he has led the building and expansion of new markets for IBM in artificial intelligence, cloud, quantum computing, and blockchain. He has also played a significant role in the development of innovative IBM products and solutions based on these emerging technologies.

Over his 30-year career at IBM, Arvind led a series of bold transformations and delivered proven business results. He most recently drove the successful $34 billion acquisition of Red Hat – the largest software acquisition – that has defined the hybrid cloud market. Together, IBM and Red Hat give clients the unique ability to build mission-critical applications once and run them anywhere.

Arvind previously was senior vice president of Cloud and Cognitive Software, where he pioneered the company’s hybrid cloud business, transformed IBM’s entire software and services portfolio and offerings for cloud, and grew the business. He also headed IBM Research, where he drove innovation in core and emerging technologies, including artificial intelligence, quantum computing, blockchain, cloud platform services, data-driven solutions, and nanotechnology. In 2016, Wired Magazine selected Arvind as “one of 25 geniuses who are creating the future of business” for his foundational work on blockchain.

As general manager of IBM Systems and Technology Group’s development and manufacturing organization, Arvind led the strategy for data-centric systems and the widespread industry adoption of open and collaborative technology standards. He also grew the IBM Information Management business by 50 percent.

At IBM, Arvind has been an outspoken advocate for learning at every stage of one’s career. He has made scientific contributions in a number of technical fields, including wireless networking, security, systems, and databases. In addition, he founded IBM’s security software business and helped create the world’s first commercial wireless system.

Arvind has an undergraduate degree from the Indian Institute of Technology, Kanpur (IITK) and a PhD from the University of Illinois at Urbana-Champaign. He is the recipient of distinguished alumni awards from both institutions.
Speaking At
Hybrid Cloud + AI: A Bridge to the Future 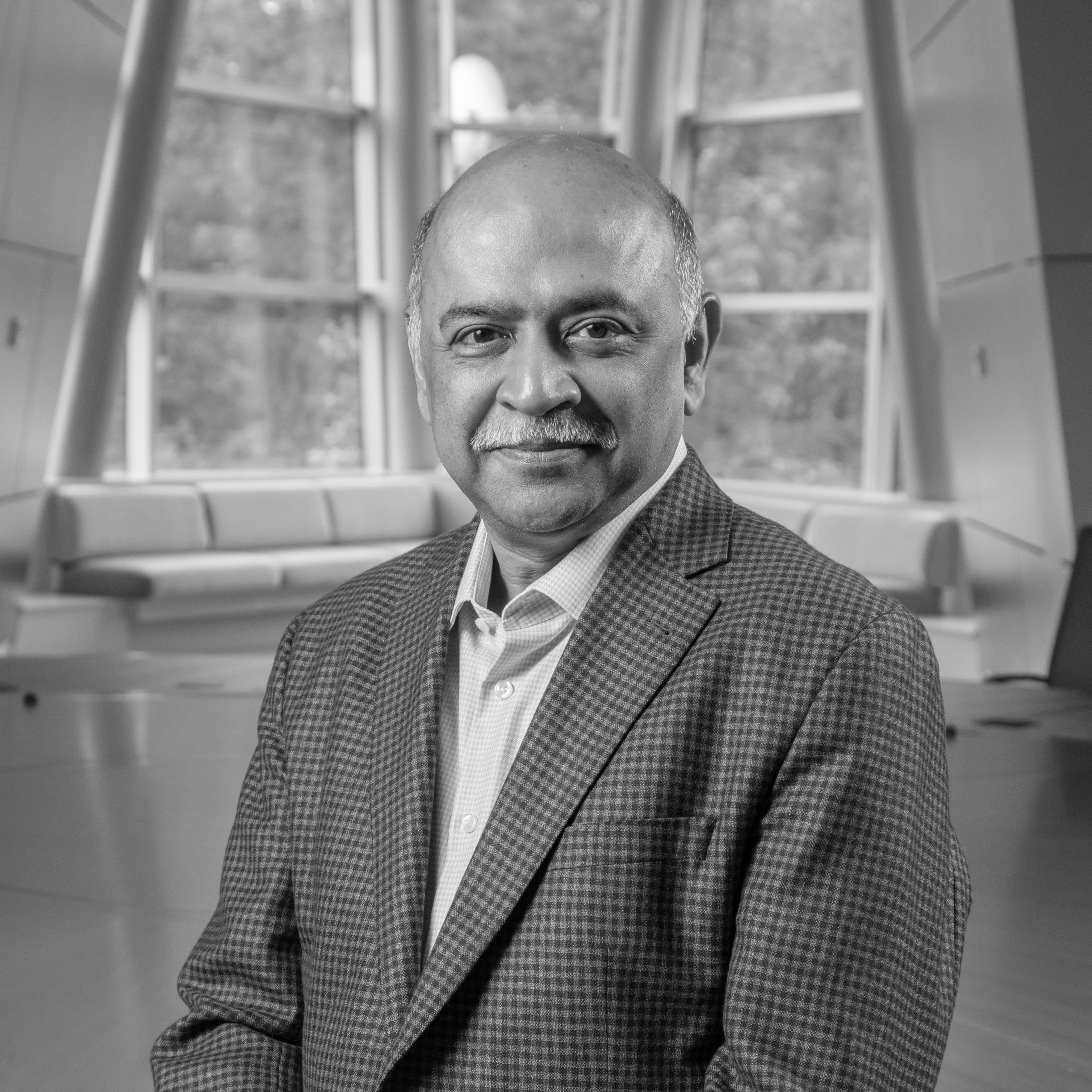