Full Name
Oriol Vinyals
Job Title
Principal Scientist
Company
DeepMind
Brief Biography
Oriol Vinyals is a Principal Scientist and Deep Learning Team Lead at DeepMind. His work focuses on deep learning and artificial intelligence, with particular emphasis on machine learning and reinforcement learning. Prior to DeepMind, Oriol was part of the Google Brain team. He holds a Ph.D. in EECS from the University of California, Berkeley and is a recipient of the 2016 MIT TR35 innovator award.

His research has been featured multiple times by the New York Times, Financial Times, WIRED, BBC, etc., with his articles being cited over 130,000 times. Contributions such as seq2seq, knowledge distillation, or TensorFlow are used in Google Translate, Text-To-Speech, and Speech recognition, serving billions of queries every day. Other notable contributions include being the lead researcher for the AlphaStar project, and a contributor to the research and papers of the AlphaFold project, both breakthrough achievements featured on the cover of Nature.
Speaking At
Human-like Problem Solving 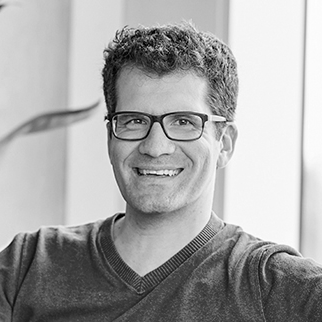