Anima is the recipient of several individual awards; faculty fellowships from Microsoft, Google and Adobe; and several best paper awards. She is the youngest named professor at Caltech, the highest honor bestowed to an individual faculty. She is also part of the World Economic Forum's Expert Network consisting of leading experts from academia, business, government, and the media.

Anima received her B.Tech in Electrical Engineering from IIT Madras in 2004 and her PhD from Cornell University in 2009. She was a postdoctoral researcher at MIT from 2009 to 2010, visiting researcher at Microsoft Research New England in 2012 and 2014, assistant professor at U.C. Irvine between 2010 and 2016, associate professor at U.C. Irvine between 2016 and 2017, and principal scientist at Amazon Web Services between 2016 and 2018. 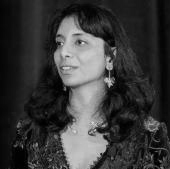